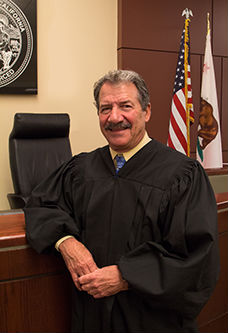 Mediation is an alternative to litigation. Traditionally, under the American system of justice, parties resolve legal disputes with litigation. Mediation, however, presents a very different way to resolve such disputes, and it is particularly well suited to certain types of conflicts.

This includes divorce, child custody, and other family law matters, as well as a variety of contract disputes. There are several reasons why parties may prefer to elect mediation, especially in cases where the parties have a legal disagreement, but nevertheless must continue to maintain a business or personal relationship, and where contentious litigation may create more problems than it solves.

In litigation, the parties are adversaries, and the goal of each party is to prevail in the case or the issues in dispute by having an attorney present his or her position. A Judge controls the litigation to make sure that the parties and their attorneys follow certain formalities and procedures. The Judge then ultimately decides the case.

Mediation, however, is very different. In Mediation, a neutral third party, the Mediator, attempts to facilitate a compromise that both parties can agree upon. He or she is not there to "Judge" who wins, but to enhance the ability of both parties to work out their own solution to their dispute.

Depending upon your goals, there are several advantages that Mediation may have over litigation.

• First, Mediation works well in disputes where the parties are not necessarily antagonistic toward one

another, but simply have a legal problem in which they have been unable to work out an agreement.

Unlike a Judge, who is called upon to oversee a dispute in a particular manner, a Mediator is trained not

only in helping the parties to communicate better, but in offering perspectives, presenting creative

solutions that the parties may not have considered on their own, and in helping the parties to see and

understand how their own goals may be achieved through a variety of resolutions.

• Second, Mediation is arranged privately between the parties, and is not subject to the schedules and rules

of a Public Court. This means that Mediation Sessions are set up at a time that is convenient to both

parties. Further, the parties have the freedom to choose their Mediator. They are not simply bound to

accept whatever Judge is assigned to their case. Because clients hire Mediators privately, the parties can

decide their own time frame, and thereby shorten the time needed to resolve their dispute. Also, because

Mediation does not take place in a courtroom but in a private office, the atmosphere is less formal, more

• Third, Mediation is confidential. The matters dealt with in Mediation do not take place in open court with

records generally open to the public, but rather in the confines of a private office. The parties and the

Mediator sign an agreement in which they contract to keep all proceedings confidential. If the Mediation

does not result in an agreement, the mediator cannot be forced to reveal matters that were discussed in

Mediation in any subsequent litigation.

• Fourth, as noted above, the purpose of Mediation is to reach a solution that both parties can agree upon.

Unlike litigation, in which one side prevails and where the remedies available to the successful party are

often dictated by legal mandates, a Mediated solution, within reason, can be whatever the parties agree

upon, however unconventional or progressive. The goal of Mediation is to find a mutually satisfactory

resolution. Moreover, an added benefit of a mediated resolution may be; because both parties agree to

the ultimate outcome and neither has been forced to accept an unwelcome result, they are both more

likely to adhere to the resulting agreement.

•Fifth, Mediation can be a much more cost-effective route for Dispute Resolution than litigation. Not only

can the dispute be resolved more quickly, the attorneys and parties may not be required to comply with

numerous court schedules and pleadings. Also, unlike adversarial litigation, the parties and their

• Finally, the parties have more freedom and less pressure in Mediation. Mediation only results in a final

agreement, the Mediator cannot impose any particular result, and the parties are then free to pursue

other avenues of resolution, such as litigation or Private Judging.

If We Reach an Agreement, is it Legally Binding?

If the Mediating parties ultimately reach agreement, the Mediation process will result in a formal agreement signed by both parties. The final agreement will generally include an agreement to end any pending litigation between the parties, as well as a formal release from liability with respect to the claims in any pending lawsuit. In addition, the agreement will set out the specific terms of the settlement, including any duties, responsibilities, and obligations that the parties agree to undertake or perform. These terms create a contract that is enforceable in a court of law.

How does Mediation Differ from Private Judging?

Unlike mediation, in Private Judging, a Private Judge acts more like a traditional Judge, and is not necessarily there to advise the parties and may be more limited in his/her ability to assist them in reaching agreement. In addition, a Private Judge usually has final authority, granted by contract, to dictate the outcome of the parties' legal dispute, and any failure to conform to the final outcome can be enforced in court.

Do I Need an Attorney for Mediation?

While there is no requirement to retain an attorney to represent or advise you in Mediation (or even in litigation), it is more often wise to have an attorney represent you.

A Mediated Agreement, once formally signed, has the force of law, and it is your attorney's job to be satisfied you fully understand the implications and consequences of any contract you agree to. Moreover, you will want to make sure that any agreement is carefully worded, so that no legal pitfalls await you in the future when the agreement is executed or enforced.

While the Mediator also plays an advisory role and will advise you about the importance of making sure than any agreement properly lays out the terms that are agreed to, the Mediator must remain neutral, and cannot take on, or replace the role of your own personal legal advisor.

If you are in need of a qualified, experienced California Mediator to help you reach an agreement in your Family Law or other matter, contact the offices of Commissioner Corman (ret.) at Family Law Private Judging & Mediation Services in Merced, California at 209-761-0991.